DIY and How it Came to Be!

DIY and How it Came to Be! 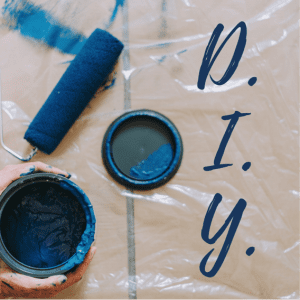 D.I.Y. is the shortened form of “Do it Yourself!” This term was popular from the early 1900’s onward, as a way to save money on home improvement and go for it yourself!

Even before the term started, there was always a sense of doing things with other women, think about the sewing circles in the 1600’s or 1700’s, there would be embroidery parties for the rich women.   They certainly could afford for someone else to complete their embroidery, but there was a sense of camaraderie sitting with other women, chatting and performing a task.

In the 1940’s there were quilting circles, each woman sewing on a different square to send to the troops during WW2. All of these acts were necessary, but developed amongst other women.

In the 1950’s this is when DIY became not only helping out your house, but considered as a fun activity amongst friends or as a hobby. And now we watch all kinds of DIY TV shows on HGTV or in magazines, but we can still remember that it came from the toiling of women’s labor to bring us these fun crafts we do together as females.